We were delighted to learn that Professor Adele Jones, the Director of the None in Three Research Centre, has been awarded an OBE in the Queen’s New Year Honours List. This is in recognition of her work in supporting vulnerable women and children throughout her 40-year career, beginning as a social worker in Manchester and progressing to be Professor of Social Work at the University of Huddersfield.

Adele’s passion and vision led to the creation of the None in Three Research Centre. She has been the driving force behind the continuing growth of our work. Today, dozens of colleagues working across four continents share her vision of a world in which violence against women and children has become a thing of the past.

All of Adele’s colleagues, both at home and abroad, are unanimous in offering her their congratulations on this remarkable achievement, which recognises the hard work, dedication and determination to help those in need which she has shown throughout her career. 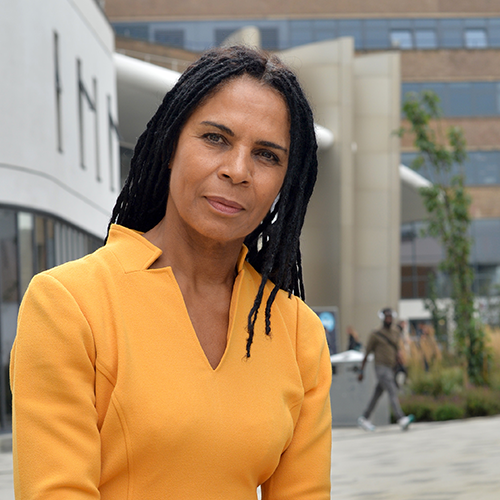