Seven short films produced by None in Three have been selected and confirmed for screening during the APHA Film Festival at the American Public Health Association’s 2020 VIRTUAL Annual Meeting and Expo, 24-28 October 2020. You can watch the seven films selected for screening below.

We submitted films produced by teams across all four of our study countries. The seven films that made the final selection were chosen from a large number of excellent submissions and were judged to be of high quality and interest.

Online registration for the Annual Meeting is open now. 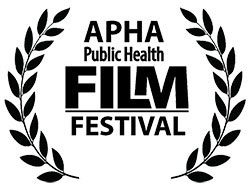