Award ceremony celebrations for None in Three Centre members

Three members of the None in Three Centre team enjoyed their celebrations at the University of Huddersfield’s recent July award ceremonies.

Firstly, None in Three International Advisory Group member, Dr Angela Nakafeero, (Commissioner for Gender and Women’s Affairs in the Ministry of Gender, Labour and Social Development in the Government in the Republic of Uganda), was presented with an Honorary Doctorate award from the University. This was in recognition of her work in combatting violence against women and children, alongside gender equality and women’s empowerment in Uganda.

Secondly, as part of the same ceremony, Professor Adele Jones, the founder and former Director of the None in Three Centre, received an award in the form of an Emerita Professorship; in recognition of the significant contributions that she has made to the area of preventing gender-based violence.

Finally, in a separate ceremony, None in Three Operations Manager Vikki Hart, collected an award for the successful completion of a Masters in Business Administration (MBA) and senior leadership qualification; both courses Vikki has been studying towards on a part-time basis alongside her role at None in Three.

Our congratulations to all three women on their wonderful achievements which are all very richly deserved.

See a short film of Angela speaking about her work with None in Three here. 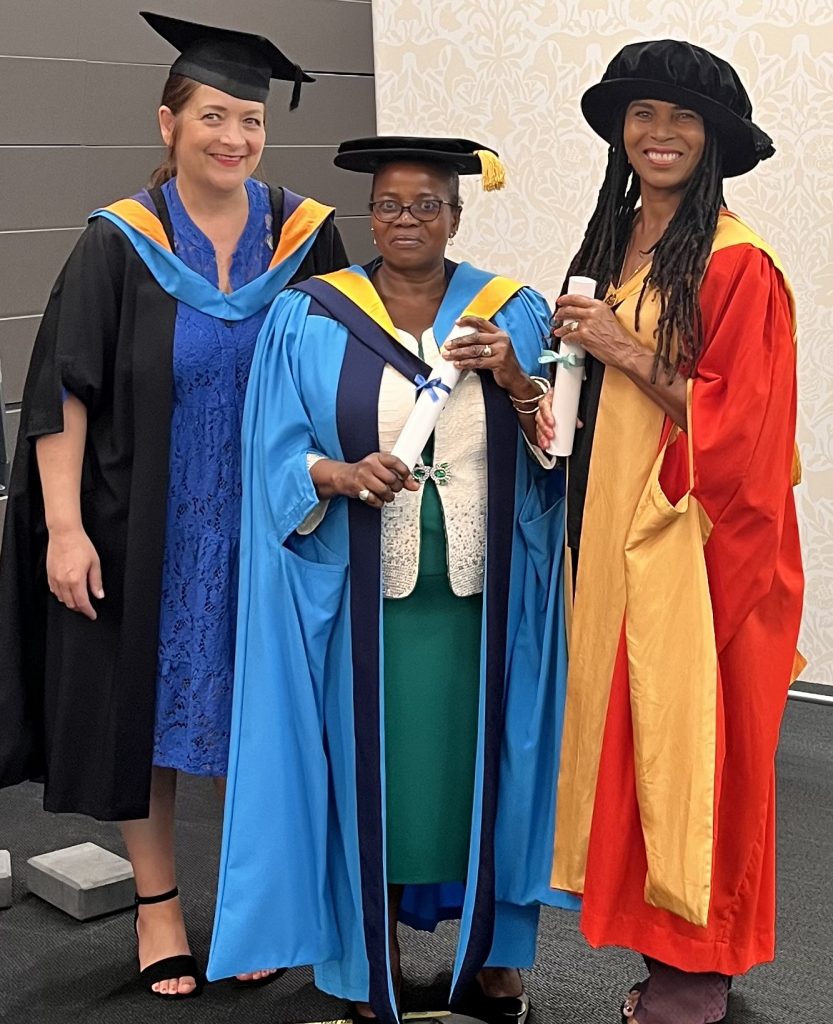 Pictured above are Vikki Hart, Dr Angela Nakafeero and Professor Emeritus Adele Jones, OBE who were awarded in this month's award ceremonies at the University of Huddersfield. 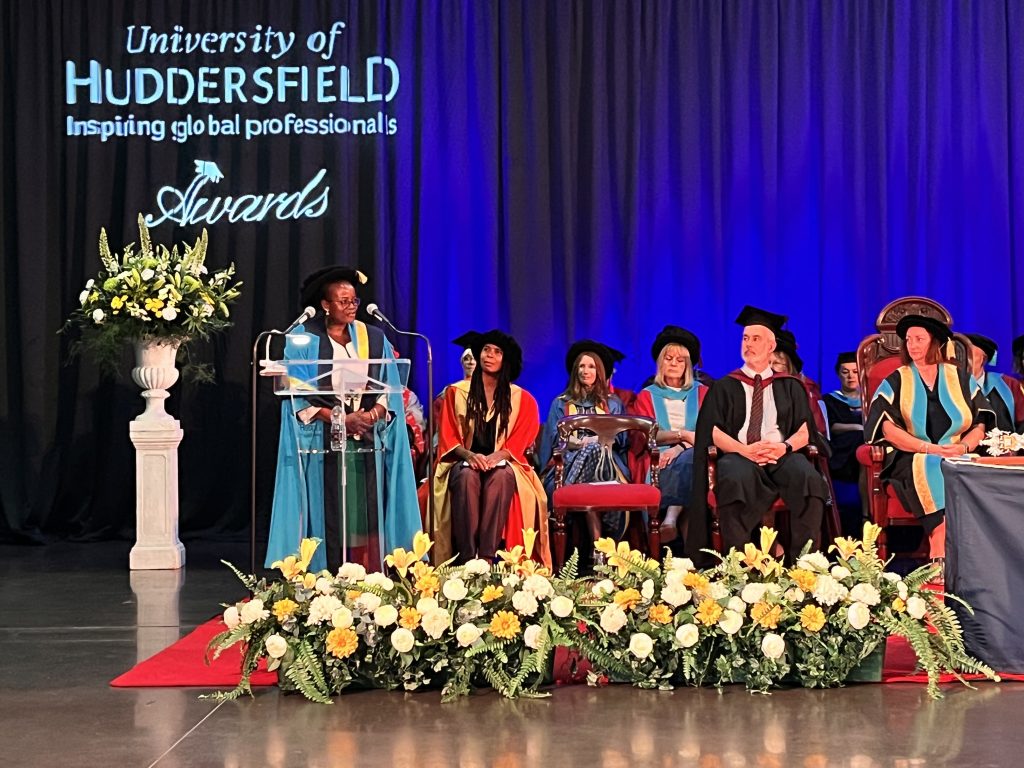