Alexis Sarmiento, one of the talented animators in the Ni3 Games Team, has been awarded ‘Best Animation’ at the Believe Psychology Film Festival for her short film ‘Imprisoned’.

The Festival promotes films that have been influenced by, or explore themes from, the field of psychology with compassion and accuracy. The aim of the Festival is to reduce the stigma of mental illness by increasing the world’s exposure to mental healing.

Imprisoned is a 3D CGI animated film that explores the relationship between a person and their anxiety. Being held captive in their room, the person struggles against their anxiety who does everything they can to prevent them from reaching the door. However, when the two begin to understand each other’s feelings, their bond begins to change.

We are delighted to celebrate this fantastic achievement by one of our skilled game developers. 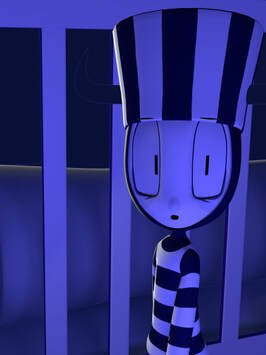