Congratulations to our International Advisory Group member, Dr Morella Joseph, on being awarded the Saint Lucia Medal of Honour (Silver), for ‘Eminent service rendered in the field of Education, Administration, Research (locally and regionally), and Community and Youth Development’. His Excellency the Acting Governor-General as Chancellor of the Order of Saint Lucia made the appointment, on the advice of the Prime Minister for the island.

Dr Joseph has played a key role in None in Three’s work since the Centre’s inception back in 2015, and she played a vital role in getting our first computer game, ‘Jesse‘, implemented in schools across the island of St Lucia. 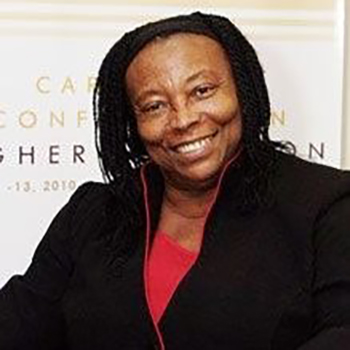