We’ve been thrilled over recent weeks after four years’ work researching and developing, to finally trial our prosocial serious computer game, ‘Danielle’, with young people in seven schools across England.

Based on Ni3 empirical research with survivors and perpetrators of intimate partner violence, the game tackles the issue of how abuse and violence can develop and escalate in young people’s relationships, aiming to teach about warning signs to look out for, and what a healthy relationship does, and doesn’t, look like. The consequences of the abuse play out across the chapters within the game.

We’ve been incredibly grateful for the staff and students at the seven schools we’ve worked with in locations including Yorkshire, Greater Manchester and Greater London, for their enthusiasm in taking part, and their patience with the stringent logistics of operating a randomised control world in the real world, and often unpredictable environment of a busy secondary school setting!

A huge thankyou to all the schools involved! 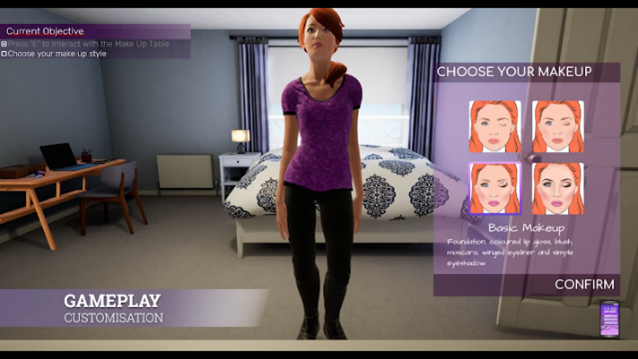 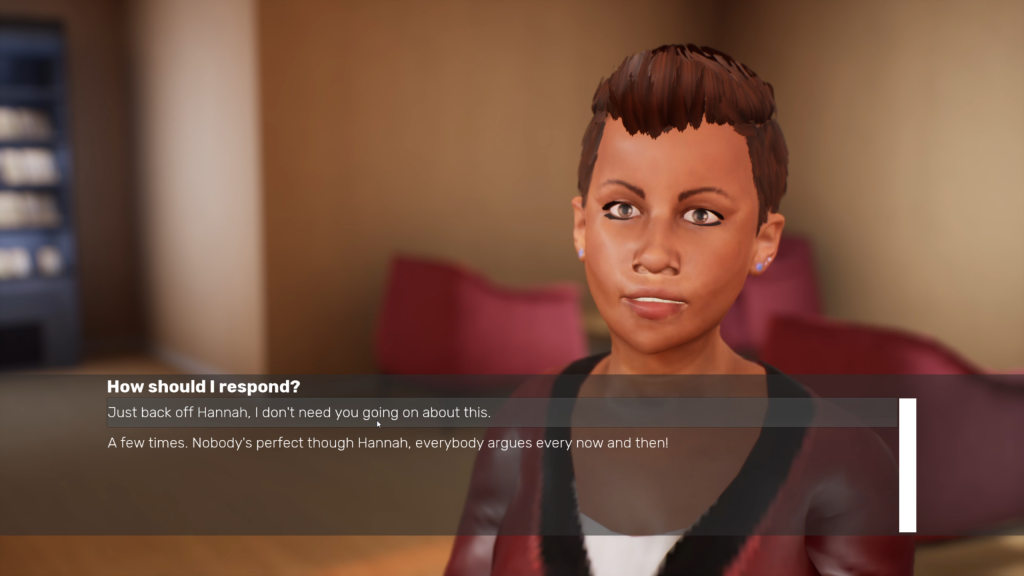 Here, UK Country Director Gill Kirkman reflects on progress during the game trials, at the culmination of the work she has led over the past four years, and thanks schools for their involvement. 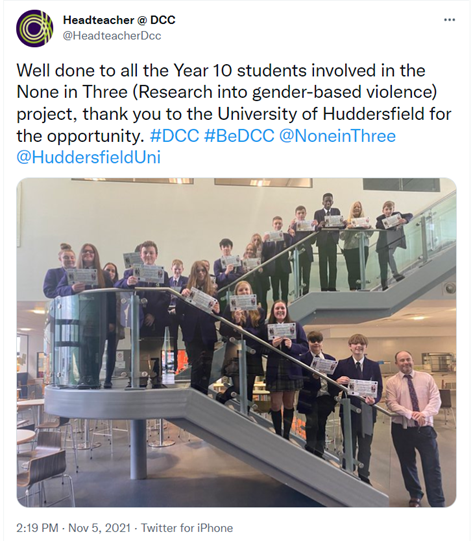 Witnessing young people between the ages of 13 and 16 interact with the game has been truly enriching for the members of the research and game development team. Exclamations of ‘say that to my face’, and ‘oh no, it’s bad’, and ‘how dare he?’ have indicated that the game has provided an immersive experience for the players, as intended.

Players play as Danielle, a 16-year-old college student, her friend Hannah, and as her boyfriend, 17-year-old James, college heartthrob and rugby star, as their relationship takes a turn for the worse after an initial ‘honeymoon’ period. Playing a chapter each day over five consecutive days, they experience and deal with issues of controlling behaviour, physical abuse, sending nude images, sexual coercion and consent.

Their responses to the characters and their friends were fantastic to see. We will of course now be taking time to analyse the data captured through the trials, both within the game (via a coded USB for each player) and via pre- and post-game play surveys completed not only by the young people who played the game, but by a control group from each school also.

Watch this space for details on what the data tells us.

The game, and associated facilitator’s guide with lesson plans to accompany each chapter of the game, will be released for free via the Ni3 website in the new year.