The None in Three team in India spoke recently at the XVI National Conference on Women’s Studies organised by Indian Association of Women’s Studies (IAWS) and Centre for Women’s Development Studies (CWDS) at National Law University, Delhi (NLUD). The Conference was attended by around 430 students, academics, activists, social workers, etc.

The theme for this year’s conference was Constitutional Principles in 21st century India: Visions for Emancipation. The team presented on “Perpetuating gender bias: deprivation of women’s rights as equal citizens”, under the conference sub-theme of Normalization of violence & subversion of Constitutional Values.

The Ni3 team delivered a short 12 minutes presentation on this topic with a focus on Bystander Intervention, with the aim of questioning the persistence of bystander inaction towards violence. The presentation was well received and a number of excellent questions were raised in response, exploring how bystander intervention is to be understood in the context of different types of relationships.

The team noted that students from Ambedkar University Delhi were heavily involved, actively participating in terms of chairing and presenting apart in addition to volunteering volunteering. The team were inspired by the fact that IAWS gave them a platform to voice their opinions and to engage openly with veteran activists. 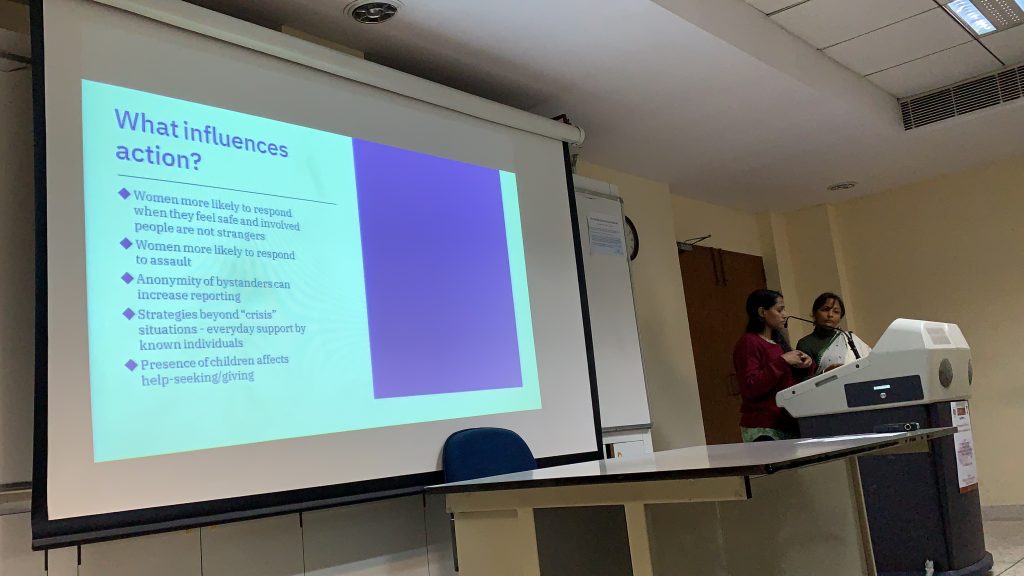